Reissued and Remastered the Thundermug masterpiece is now available!

This reissued “Who’s Running My World?” CD was originally released under the band name “Thundermug” in 1994.

Thundermug was a pioneering Canadian heavy rock band from London, Ontario. The original members were Ed Pranskus on drums, Jim Corbett on bass, Joe DeAngelis on vocals and Bill Durst on guitar. Their second single “Africa” was a 1972 radio hit on three continents.

In 1993-4 Corbett, DeAngelis and Durst came together and wrote, recorded and released “Who’s Running My World?”. 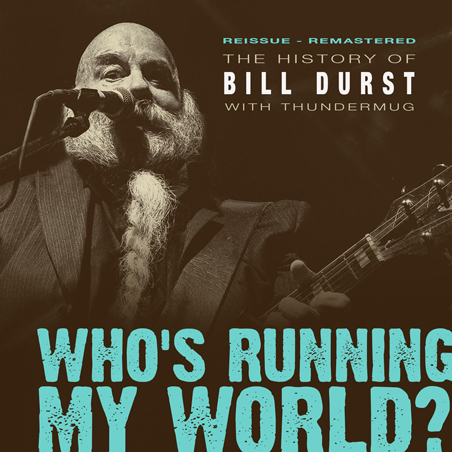 The Extraordinary Radio Success of “Who’s Running My World?”

All About Who's Running my World?

The album was very successful with three charted hit singles on broadcast radio across Canada. Bill Durst was the producer of the recording along with the Juno Award winning Dan Brodbeck.

For my fans who have discovered me in the last dozen years or so, especially in western Canada, who have said to me “how did you ever fly under my radar?” “Who’s Running My World?” is one of the answers for you.

To my fans who have already owned a copy of the old version… get ready for a renewed listening experience. Dan Brodbeck has surpassed himself with his Remastering and the CD sounds amazing. All of you who have told me your issue of “Who’s Running” is worn out …now is your time to secure your Reissued and Remastered copy.

“Who’s Running My World?” has a new CD cover to signal a new series. ‘The History of Bill Durst’ series of recordings will include some very rare and previously unreleased Thundermug recordings amongst others!

I decided to reissue and remaster this album after listening to it one day in the van. I had not heard it for several years. Honestly, I was blown away by the lyric. The music and the performances on “Who’s Running My World?” are fresh and full of life.

This is a recording not for yesterday but for today and the future. This is a Classic. Friends of 420 will be delighted.

Tell me if you agree!

I hope this music lifts your spirits. It sure lifted mine! 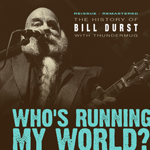 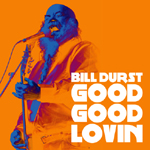 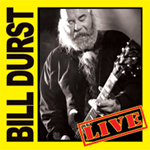 GOOD, GOOD LOVIN’ Bill Durst
Sweet Mother of God, what have I just heard?!? This is the 5th solo album by former Thundermug guitarist Bill Durst from Stratford, Ontario, and it’s one of the most exciting records I have heard in a very long time.       Continue Reading...

Check out our tour schedule and come out and see us live! 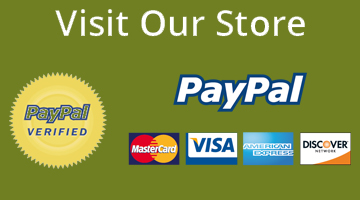 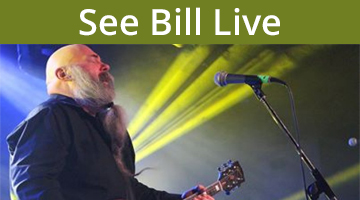 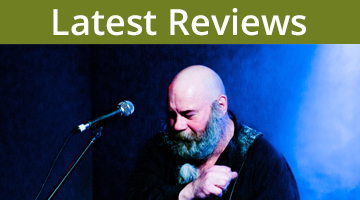